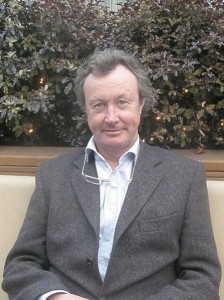 Born in Ennis, County Clare in 1958, Mick O’Dea studied at the National College of Art and Design and the University of Massachusetts from 1976 to 1981. In 1997 he was awarded an M.A. in European Fine Art from the Winchester School of Art having studied in in Barcelona and Winchester.

He has won several awards. He was given four at the Arnotts National Portrait Awards Exhibitions in 1985, 1989, 1993 and 1994. He was granted the K.M.P.G. award at the Annual Oireachtas Exhibition in 1992 and 1998. Other awards include a major Arts Council Bursary in 1986, a prize at the Claremorris Open Exhibition in 1990, an Art Flight to New York – as well as the E.S.B. Kearing McLoughlin Medal at the 1993 Annual Exhibition. He was elected an A.R.H.A. that same year. He received the Taylor De Vere Award for a Work of Distinction in any medium at the R.H.A. Annual Exhibition in 1995, and in 1996 he was elected an R.H.A. and a member of Aosdána.

Mick O’Dea has exhibited widely in Ireland, Latvia, the U.K. and the U.S.A., Spain and France. His work is included in a number of collections including The Arts Council of Ireland, The Royal Hibernian Academy, The National Gallery of Ireland, The Bank of Ireland, Allied Irish Bank, Trinity College Dublin, The University of Limerick, The National Self-Portrait Collection, The National Drawing Collection, Limerick City Gallery, Clare County Council, G.P.A. Shannon, The Office of Public Works, The Cesis Museum of Art, Latvia, Jurys Hotel Group, St. Patrick’s Hospital and the Ballinglen Arts Foundation.

All his work is at once energetic and contemplative, multidirectional yet focused, coloured sparingly yet luxuriant.

His skill as a portrait painter has brought him many commissions, including ones from Hong Kong, Europe and the USA.

O’Dea is an artist with a vivid awareness of the roots of his painterly tradition , a natural observer with an essentially humanistic approach, firm in the academic tradition, but not in the classical sense.

All his work is at once energetic and contemplative, multidirectional yet focused, coloured sparingly yet luxuriant. He sees himself primarily as a draughtsman, regarding drawing as a gateway medium, enabling expression in other media. He works in pastel, acrylic and oil. His oil paintings are the result of multiple sketches leading to profound, dynamic work but he appreciates the quick drying properties of acrylic, comparable to the calligrapher’s ink.

He believes that the effort of harnessing this dynamic enables him to generate a sense of urgency which is translated and made manifest by the quality and the immediacy of his work.